The popular KykNet series “Afskaal” recently came to an end and one of the contestants, Hennie from Randfontein, simply cannot stop smiling. And he wasn’t even the winner of the series! The reason for his smile? His brand-new, healthier lifestyle and the fact that since he committed to the Slender Wonder programme, he has managed to loose a whopping 53,1kg.

Hennie, who is 30 years old, is married to Karen and together they have two kids, Esmé (three years old)) and Heinrich (six years old). The main reason he entered “Afskaal,” which involved a weight loss challenge, was that he wanted to be able to move around more easily and to play with his children again. This is coming from a man who readily admits he had been overweight for the largest part of his adult life. On his 21st birthday, he already weighed 102kg and over the years, this had increased to 149,1kg.

When he started “Afskaal,” Hennie’s goal was to reach a weight of 110kg by the end of the series. Hennie went on to surprise himself and everyone else by bringing his weight all the way down to 106,3kg.

Now, a few weeks later, Hennie weighs only 96kg. Not only does this mean he can play with his kids without getting out of breath, but, chances are his energy levels might now actually be a match for those of the kids. This is because he made a conscious decision to carry on with the programme, even though he didn’t initially plan to follow it too rigorously. 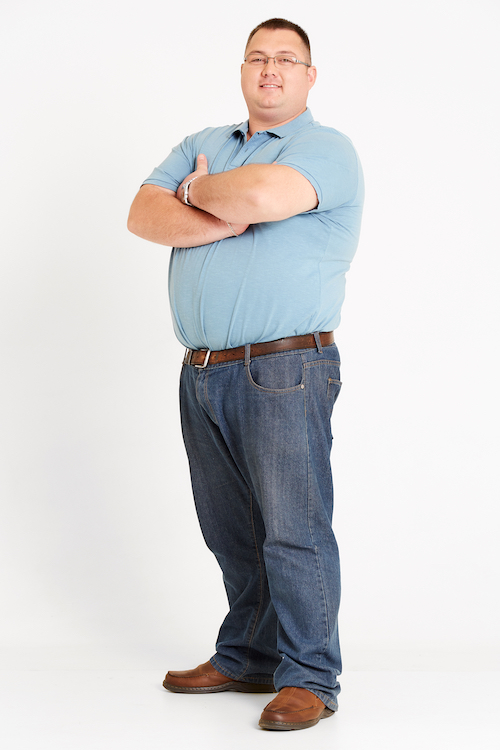 Hennie says this has actually been quite easy. He plans his food intake ahead every day, so that he knows exactly what and how much he will be eating. Thanks to “Afskaal” and Slender Wonder, he also understands the importance of balanced meals much better. Would he recommend Slender Wonder then? “Absolutely… it’s not only a diet, it’s a lifestyle programme that can be followed with very little effort,” he answers.

Does he have any advice for people who feel inspired by his story? “The toughest part was finding the time to exercise. We are always so busy, but I simply sat down and worked out a schedule of when I was going to do what and that made things much easier.” His other piece of advice is to start understanding that 500g of something here and another 500g of something there aren’t just small portions that will disappear.” It all adds up and it shows up when you climb onto the dreaded bathroom scale!” he explains. “Now, all I have to do is to convince my family to adopt my healthier eating habits as well,” he laughs.

For more information about Slender Wonder and to read about other success stories, visit www.slenderwonder.co.za