For 47-year-old Benoni mother, Karen van Zyl, the reward for finally overcoming two decades of fluctuating weight issues, and yoyo-ing diet routines, was only not in taking part in her first IFBB Bikini Beach Competition, but also conquering her emotional-eating demons and the peace in finding self-confidence.

“One thing I have learnt from my journey is that you have to change what you do daily to change how you look and feel. Being overweight or lean is just a symptom of your daily actions, so when you change your daily routine, your results also change,” says Karen.

Karen’s battle is sadly not uncommon. Fluctuating through repetitive cycles of either being overweight or anorexic, from doing absolutely no exercise, to over-doing it, her past two decades have been a rollercoaster driven by her struggle as an emotional eater.

Karen’s divorce in 1997, triggered her emotional eating. From a carefree, unhealthy student lifestyle, she swung to the opposite extreme by losing an unnatural amount of weight. “I ended up being borderline anorexic at 48kg – skinny but not healthy,” admits Karen.

However, three years later, after meeting her current husband and feeling happy with her life, Karen began to once again lead an unhealthy lifestyle. As time passed, she became the heaviest version of herself.

“I started to train with a personal trainer to lose some weight before our wedding but, after that, I slowly picked up more weight, enjoying married life, eating out a lot and not exercising at all. I fell pregnant and never lost the extra 12kg I had picked up,” says Karen.

Finally, in 2017, miserably unhappy with her lack of energy, poor sleeping habits and having tried just about every diet, pill and quick fix on the market, Karen had an epiphany that forced her to change her perspective. Karen came across an advert while watching television that resonated with her struggle and struck a chord of change within her.

“I realised I was losing weight for all the wrong reasons – to impress other people.  I was desperately trying to figure out who I was, what my purpose was and dealing with some nasty demons from my past. I started the Slender Wonder lifestyle in May last year; weighing in at 82,7kg.  I focused on the diet, figuring out meal preps, portion sizes and handling weekend social events. After three months, I started running seriously again; following a beginner’s 5km training programme and, two months later, I started to add some weight training to my fitness routine. What started as training for a 10km race, resulted in the completion of my first 21km in January this year,” says Karen.

Karen would never have believed that just 10 months after her lowest point, she’d be training for her first bikini competition. Excited to see where her hard work takes her in the IFBB Bikini Beach Competition, she is open to where her fitness journey leads – hoping to complete the Comrades Marathon someday. 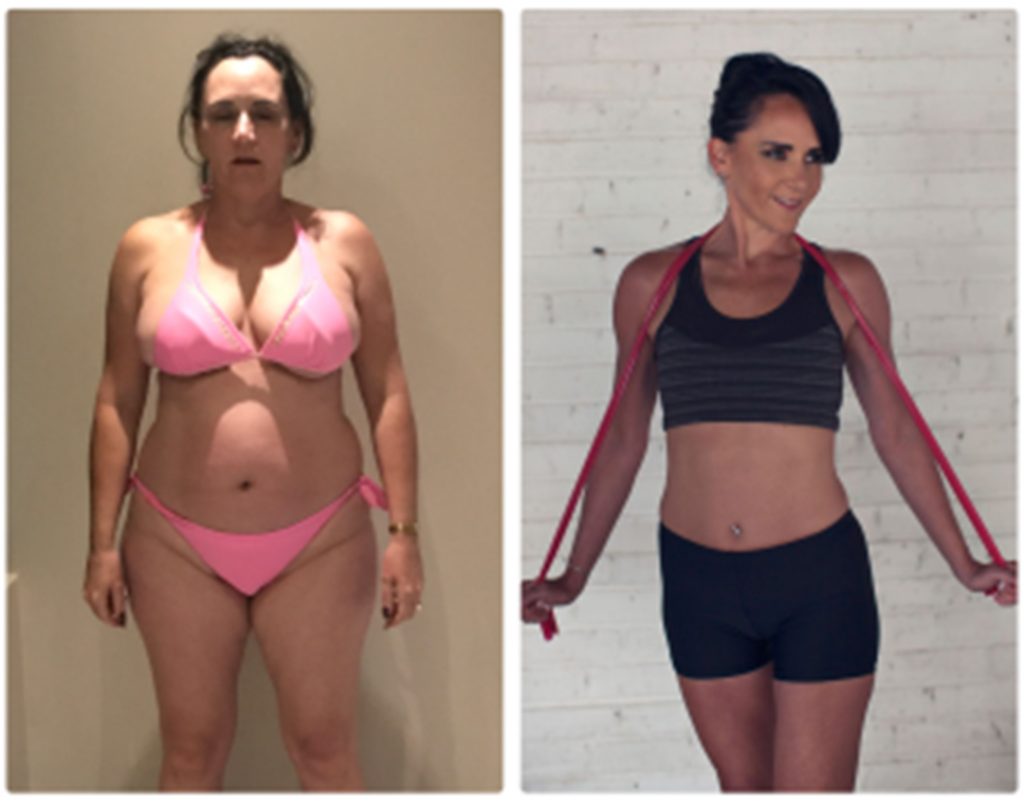 “Transformation for me is just as much internal as it is external. Working out as part of a healthy lifestyle changed the way I respond to situations and how I deal with them,” says Karen.

Recognising that her struggle is one that affects many emotional eaters, she has some advice for those who can relate to her story. “Lose weight for you and no one else, impress yourself, deal with your deepest issues and figure out what makes you happy. I didn’t change. I just found myself! If I can do it, anyone can,” says Karen.

For further information and to view other success stories visit www.slenderwonder.co.za